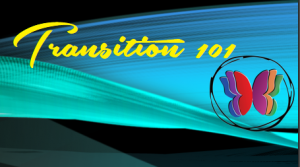 How one expresses (i.e. dresses) is called Gender Expression and may not confirm to society gender “norms”.

Be True 2 Me offers a Trans 101 workshop for all questions. Please see our events and calendar page which is also on our Facebook page for the next sessions. ***2020 dates will be made available around Mid Jan 2020****

There is a few identities and will address these below

The most common form of gender affirming care is medical hormone replacement. The second is surgery. Hormones are not needed for surgery however it is often advised. It is VERY important to note that hormones regulate a lot of body functionality including bone health. Being with any hormone in the long term is dangerous to your health.

This guide is taken from the perspective that a person has been assigned a gender at birth and Intersex variants are not fully covered in this guide. Those with Intersex variations in development should note this guide may not be complete.

A person may identify in the opposite binary gender they were assigned at birth or may identify as Non-Binary individual.

It is important to note that you may in the spectrum of gender identity which falls outside of the binary normative and identify as Non-Binary (Enby). Those who are Non-Binary may also identify as gender queer or gender non-conforming. Non-Binary people will normal have a pronoun of they/them. Non-Binary people may also take hormones even if in low dosages or do a form of top surgery. It is important to note that AMAB should not consider breast surgery before on HRT for at least 2 years. AFAB may have breast reduction with affecting hormones and can be done at anytime.

AMAB people will take Estrogen – Estradiol (E2) which in sufficient dosage can suppress Testosterone on its own. The use of blockers is not needed for those on paternal E2 dosage. You may opt for a blocker but this should not be used for longer than 3 months. Progesterone, again micronised bio-identical may be taken when the breast development reaches tanner stage 3 (which will take at least 6-12 months). Progestins should be avoided at all costs to those with a functional Uterus.

In South Africa both inject-able Testosterone and Estradiol is available. This is along with a pellet implant is the most effective and safest way of getting hormones. Swallowing of estrogen based hormones orally (i.e. taken in the mouth) should be avoided. Micronised Estradiol tablets can be taken sublingualy such as Estrofem. Alternative means of HRT is via trans-dermal which is absorbed via the skin with a patch (often used with AMAB patients) and gels (often used with AFAB patients, though Estradiol is available in a gel which is often used in Europe).

Hormones such as Premarin should not be used and objection should be raised with doctors – unfortunately the South African state hospital system still prescribes this outdated synthetic drug.

Private healthcare may seem expensive but can often be cheaper especially considering an pellet implant last upto 6 months and no blockers are needed for AMAB patients.

Just a note that the terms M2F (AMAB) or F2M (AFAB) are not used in this article. It is the understanding that the transgender person has always been the gender they identity in and are not changing to the other gender. However this is common in literature and in internet searches. It also conforms to a binary normative.

A common question for South Africans is how to change your gender marker. i..e changing your sex description on your identity. We have a dedicated article on this and it is updated as new process come into effect with the Dept of Home Affairs

Here is the link to article: Be True 2 Me Guideline: Legal Gender Marker and Forename Change