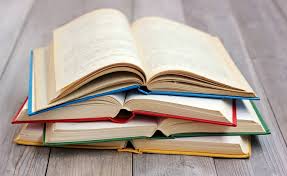 The original intent with this list was to give a super-brief introduction to some different perspectives on the experience of gender, and the trans life experience. The ultimate target was brevity rather than a comprehensive list, and NO CLAIM AT ALL is made to appropriately represent even a representative cross-section of life experience. Excellent recommendations for additional content have already been added, and it would be an ideal to briefly indicate the content of each entry. Apologies for the glaring omissions in some areas!

Where possible – format / availability is noted but this is not reliably maintained. CM

TransLiberation Beyond Pink or Blue [book, 1992]

Redefining Realness: My Path to Womanhood, Identity, Love and So Much More. [book, 2014]

Surpassing Certainty: What My Twenties Taught Me [book, 2017]

Far from the Tree: Parents, Children, and the Search for Identity [book 2012]

Whipping Girl: A Transexual Woman on Sexism and the Scapegoating of Femininity [book, 2007]

Outspoken: A Decade of Transgender Activism and Trans Feminism [book, 2016]